This is the Review of the 2022 Launch Pad irons by Wilson staff.

There has been lots of hype about the 2022 Launchpad irons and here, Clems from thegolfersClubs.com tried out these irons and share his experience here, the overall performance, touching on some of the key features and technologies as well as the kind of player this Club can accommodate.

In the end, you should decide if the 2022 Launchpad irons from Wilson are a good fit for your game and can help you play better golf.

The Launch Pad irons are simply one of the most forgiving irons available in the market at the moment.

They are in the Category of the Super-Game improvement and are designed to help you play better golf, get the ball up and farther, and generally enjoy your game.

More so, the cost of getting these irons is relatively a bargain when compared to other brands on the market.

There are a few features and technologies in the new 2022 Launch Pad worth listing here.

Turf Interaction Sole – The 2022 Launch Pad irons have a much wider sole optimized to keep the Clubhead out of the Grass and on the ball to prevent Chunking and to create consistency, swing after swing.

Furthermore, the 2022 LAunch Pad has its weight moved much lower for easy and higher launch without having to inject much energy.

Finally, the Wilson 2022 Launch Pad irons are built and painted to help resist scuffing and chipping especially for irons built to hit long and last long.

The 2022 Launch Pad irons look beautiful aesthetically with a Hollow Body, a Hybrid-like appearance which is a kind of odd for irons, and a much wider and chunky sole.

The Chunky/enlarged sole provides forgiveness and help golfers get the ball up in the air and in my opinion, these irons are perfect for a super game improvement iron.

The Wilson 2022 Launch Pad irons deliver amazing performance both on the range and on the course. They are simply one of the easiest to hit irons, with exceptional forgiveness and a pure feel and sound at impact.

Distance might not be a major selling point for this Iron but on other fronts, these irons are good to go and can be a great choice for those just starting off in the game.

When it comes to forgiveness, give it to the 2022 Launch Pad irons from Wilson as they deliver exceptional forgiveness, probably the most forgiving club I have ever played.

These irons are much more forgiving than the D9 Irons, and can actually come top on the list of the most forgiving irons for 2022.

The 2022 Launch Pad irons from Wilson staff deliver exceptional forgiveness but to be honest, not so much can be said of the Speed and distance.

While on the Course, I did quite get some distance but not as much as to discard my Taylormade P770 Irons for it.

What Others Are Saying About The 2022 Launch Pad Irons?

There are quite a number of reactions in the golfing world, as expected.

Most of the reviews and feedback on popular review sites as well as from personal feedback I got are impressive. Forgiveness, easy and higher launch are some of the most mentioned selling features on the Wilson 2022 Laund Pad Irons.

Overall, most newbies and higher handicappers have only positive things to say about this Club while most experienced golfers, obviously rated this Club a little below average, especially in appearance and performance – Control, and workability.

Who Can Play The Wilson 2022 Launch Pad Irons?

The 2022 Launch Pad irons are game improvement irons and obviously, are designed for players who struggle to get the ball up and far.

There is quite a lot of offset, and a bulky clubhead that can easily be mistaken for a Hybrid, and this is meant to make it easy to hit and to create forgiveness on off-center strikes.

What Is The Cost Of The Wilson 2022 Launch Pad Irons?

So, the 2022 Launch Pad performance is incredibly exceptional on the Course, but how much exactly does it cost to get one hand on these Irons?

The entire set of the 2022 Launch Pad cost about $799.99, almost the same as the PXG 0211 DC Irons and not anything near similar irons from popular brands like the Taylormade Stealth Irons or Callaway Rogue ST Max Irons.

As always, there are a number of places you can get these irons including the Wilson shop as well as major top vendors online.

But as always, for Convenience’s sake, and for the best shopping experience, my #1 and best-recommended place is to check the Wilson brand Store on Amazon.com for the best offer.

Conclusively, the 2022 Launch Pad presents an excellent choice for golfers seeking maximum forgiveness in their irons to help them achieve more success on the green.

Newbies and high handicappers who struggle to get the ball up and far can experience more success now with this new Wilson 2022 Launchpad Irons., as they are relatively easy to swing and offers maximum forgiveness.

I played these Irons, especially the 7th Iron and I can tell you for a fact that these irons are a mile ahead of so many popular brands in performance on the course in terms of forgiveness and how easy it is to swing. 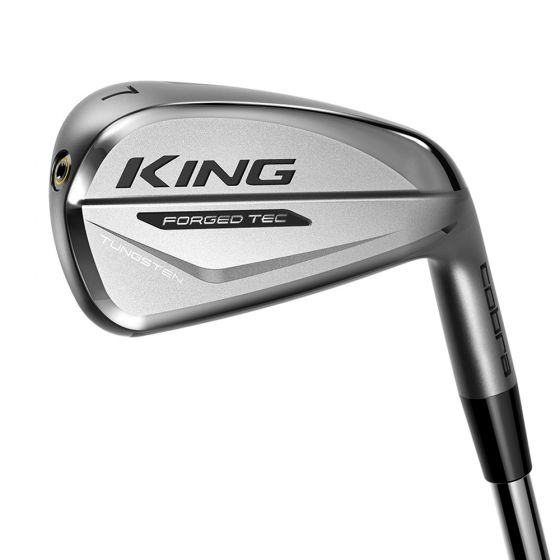 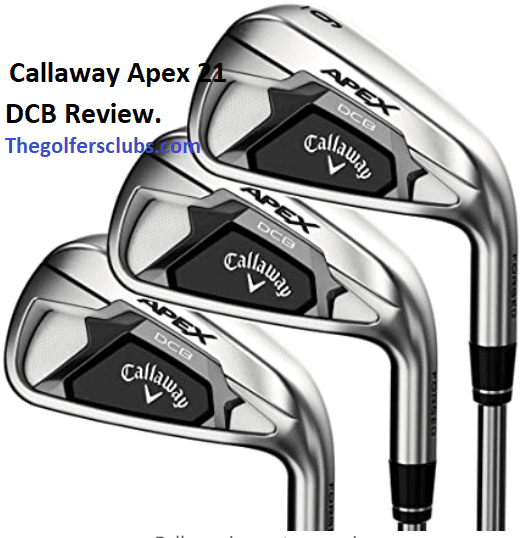