Taylormade continues its dominance in the Drivers market as its spearheading what they term the new era of Carbonwood.

In this review, I will lead you through the technology, the features, the performance, the ball speeds, and all that.

Come with me as we look at the new Taylormade Stealth Driver.

The new Taylormade Stealth Golf Driver is one of the 3 newly released golf Drivers for 2022, and it’s a complete deviation from the old titanium technology to the carbon design.

After 20 years of dominance, the titanium era has come to an end and is been replaced by what Taylormade called, ”the Carbonwood age’.’

With the new design using carbon fiber materials,  Taylormade saves a lot of weight with a 60X Carbon Twist Face, which, according to TaylorMade, is  44% lighter than titanium, and also allows the Engineers at Taylormade to shift the weight low to the head increasing the forgiveness level of the Stealth Driver.

According to Taylormade, the new design will deliver everything the old version couldn’t especially with the level of preparation and technology deployed in making these new Carbonwood Drivers.

Also, there is the Nanotexture cover, a polyurethane cover that features the Nanotexture technology, used in the Stealth Drivers to fine-tuned launch and spin to optimize total distance irrespective of the playing condition.

A High MOI design that saves weight through the 60x Carbon Twist Face, allowing weight to be moved and positioned low and deep in the Clubhead. The Stealth Driver offers 15% greater MOI than the Stealth Plus Drivers.

The Asymmetric Inertia Generator creates a slippery-fast head shape that aids in swing speed generation for golfers of every skills level on the downswing. The result is increased forgiveness compared to the Stealth Plus Drivers.

TaylorMade provides 3 traditional Loft options in The Stealth Driver, you’ve got the 9°, 10.5°, 12° options.

As always, you have the option to customize based on your needs.

The Stealth drivers look great, with a red carbon head that is hard to miss, a large clubface that is 11% larger than both Sim2 and Sim 2 max drivers, and about 20% larger than the 2020 Taylormade SIM Driver.

The Stealth Drivers are designed to deliver a better performance than the previously titanium-powered Drivers.

With a large head and a wider sweet spot means even on off-center hit, the Stealth Driver delivers great Distance and massive ball speed.

The Stealth Driver by design is optimized for increased forgiveness.

The Asymmetric Inertia Generator that creates a slippery-fast head shape that aids in swing speed generation on the downswing for golfers at every level, the result is an increased in forgiveness.

By and large, everything technology used in crafting the Stealth Driver aimed to offer maximum forgiveness.

Distance is crucial in determining whether a driver is worth keeping in a bag or not.

The Stealth Driver from Taylormade delivers amazing Distance by transferring more weight low and deep in the head.

Also, the nanotexture cover is used to fine-tune launch and spin to optimize total distance regardless of playing conditions.

What Others Are Saying About The New Carbonwood powered Stealth Drivers.

There are quite a handful of reactions and feedback, as respected, from Taylormade lovers and golf enthusiasts.

After the initial concern people raised concerning the new innovation; the Carbonwood, a lot of people have shifted their focus on the main thing which is the performance of the Stealth Driver.

Who Can Play The Stealth Drivers?

Taylormade made it pretty clear, from the features and technologies in the Stealth Driver, that the StealthnDrivers are designed to suit the playing style of mid-high handicappers.

Looking at everything from the technologies and design, everything is engineered to benefit mid to high handicap players who struggle to stay consistent with their swings.

Where To Buy Your Taylormade Stealth Driver.

There are tons of places you can get your favorite new Taylormade Stealth Drivers from, including visiting a nearby golf shop.

You can also get it from the Taylormade website, but for convenience purposes, my best-recommended place remains on Amazon.com

If more speeds, great sound, and feel, added forgiveness and easy launch sound good to you, and the prospect of experiencing new innovation excites you, go right ahead and get the new Stealth Driver. 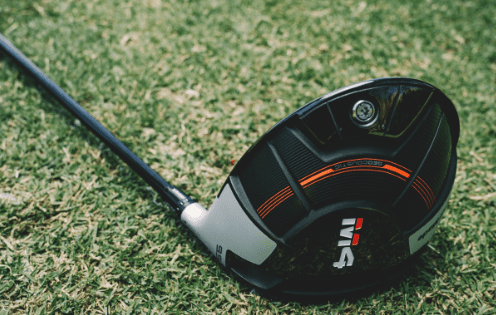