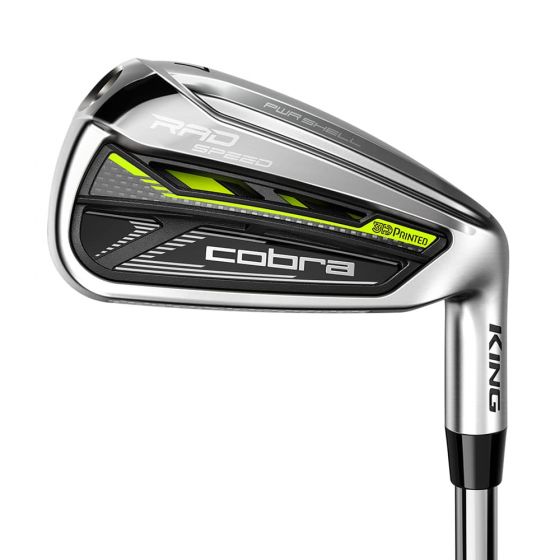 Here is the full review of the Cobra golf 2021 Men’s Radspeed Iron Set.

In this cobra Radspeed irons review, I intend to go over the entire set of the radspeed irons, the technology, and the level of forgiveness and then share my experience and that of others.

This will help in determining if the cobra Radspeed irons are a good fit for you and if getting them would help you play better golf.

So, if you have been thinking of getting the Cobra Radspeed irons, then this review will no doubt help you make a better buying decision.

The Cobra Radspeed Irons are aesthetically pleasing, long, and forgiving and are designed to accommodate players who want maximum distance and forgiveness.

As of when they were released, they were actually the most technically advanced Cobra Irons ever made, not until the arrival of the Cobra LTDx irons.

They featured innovations such as the Radial Weighting and the 3D Nylon Printed nylon medallion making it the second time Cobra golf would be applying it on an iron.

The Cobra Radspeed Irons features a Radial Weighting Technology which helps move weight around the head relative to the CG and place it strategically for optimum speed, forgiveness, and flight direction from the fairway.

There is also the Forged PowerShell Face insert made of thin 17-4 stainless steel and is to increase flex in and around the sweet spot for faster ball speed and higher and easy launch.

The Cobra King Radspeed is slightly oversize, with that traditional game improvement look.

The Sole looks a little wider in the longer irons and traditional in the shorter irons.

Looking at the Cobra Radspeeds Irons, you could clearly see a bold 3D Madallion printed on the Face which has a beautiful combination of colors.

The Cobra King Radspeed Irons are carefully designed with optimal performance in mind, and to achieve that, 10g and 3g of mass have been repositioned on the toe and heels extremes to generate what has become the best combination of speed, spin, and stability.

The Cobra King Radspeed Irons is optimized for maximum forgiveness, Distance, and speed consistency when properly set up.

The Radial Weighting-The strategic placement of weight relative to CG(Centre of Gravity) to optimize speed and forgiveness.

The Sound of the Cobra King Radspeed iron is clicky or something like when someone snaps their fingers .at impact, feels very explosive, with a sound crisp sound.

And with the 3D Medallion, Cobra King is able to produce an intricate Medallion structure that not only saves weight, it also fine-tunes feel.

There you have it, the technology behind the great feel of the Radspeed Irons.

How Cobra King is able to achieve more speeds, higher launch, and Distance through forged Powershell face inserts made of 17-4 stainless steel, designed to increase flex on the entire Clubface and Sole, aimed at a faster ball speed and higher launch.

What Are Others Saying About The Cobra King Radspeed Irons?

There are many reactions and feedback from the golfing community on the Cobra King Radspeed Irons and most of the reactions are very positive.

The Radspeed Irons are very forgiving, and deliver maximum distance, and there where most of the feedback and reviews gave a 5-stars rating.

Of course, you know every double-digit handicapper out there is looking for Irons that delivers maximum forgiveness and distance even on off-center hits, and that Cobra King Radspeed Irons delivers.

Who Can Play The Cobra King Radspeed Irons?

The Radspeed Irons are Game improvement Irons, meaning they are best suited for improving players seeking forgiveness and distance.

Better players might want to play the Radspeed irons but do not expect too much in terms of other functionalities like control over your swing, etc.

Where To Buy Your Cobra King Radspeed Irons.

When it comes to buying your golf equipment, there are quite a number of options, including a walk-in store nearest to you.

You can also place your order at the Callaway online Shop.

For Convenience’s sake, My best-recommended place is Amazo.com.

To help you play more and play better golf, Cobra King launched the Radspeed Irons with some breakthrough technology.

The Radspeed Irons itself is targeted at improving players.

So, if you are attracted by more forgiveness, more distance, and added speeds, and you are not running after the latest piece of equipment out there, the Radspeed irons can be a very good option. 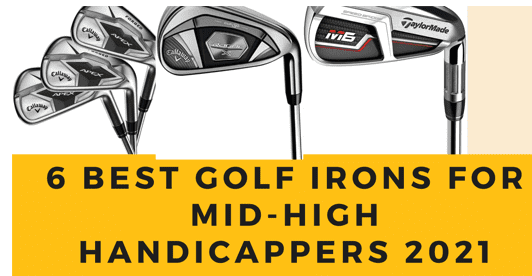 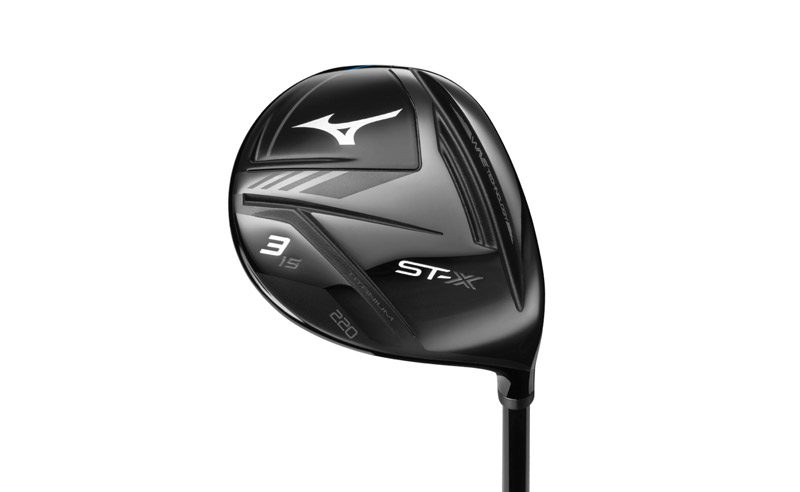